With over 2 billion, 800 million, and 330 million active monthly users on Facebook, Instagram, and Twitter respectively, there is no question that social media is becoming the go-to platform for marketing. Due to its convenience and accessibility, social media has become the public's preferred medium by which they consume information.

In an effort to each a wider audience, the Rhode Island Department of Health (RIDOH) has collaborated with the Rhode Island Broadcasters Association (RIBA) and social media marketing agency Sociable! to help promote their new health campaigns.


"After careful research, we found that the Rhode Island Broadcasters Association partner stations have roughly 2 million followers collectively across all their social networks," said John Methia, Co-Founder and Executive Producer at Sociable! "With such a large subscriber base, we knew that there was great social media marketing potential here."

The first partnership between RIDOH and RIBA was forged in order to raise awareness about sexually transmitted diseases (STDs) through commercials designed to target the sexually active, youth community. The goal of these ads was to educate young people about the dangers of STDs and provide preventative measures. 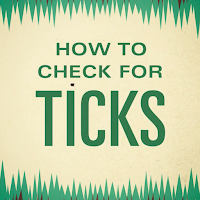 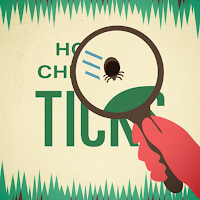 "The Rhode Island Broadcasters Association is honored to be joining forces with the Rhode Island Department of Health and Sociable! to spread awareness about the risks of ticks and the many harmful diseases that can be transmitted from being bitten," said Lori Needham, President of the Rhode Island Broadcasters Association. "We are dedicated to bettering the communities we serve through education and awareness of issues in need of a voice, such as safeguarding from ticks and mosquito borne illnesses." 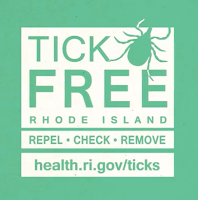 On June 5, 2018, "Tick Free Rhode Island" was officially launched at a press conference that took place at Scarborough Beach in Narragansett, RI. During the event, Dr. Nicole Alexander-Scott, Director of the Rhode Island Department of Health, and her fellow constituents reiterated the mantra "Repel, Check, Remove" numerous times in their speeches. These three key steps serve as the focus of the "Tick Free Rhode Island" campaign and the accompanying video series featured on the respective organizations' social media pages and at health.ri.gov/ticks.

Together with Sociable!, RIDOH and RIBA will be working throughout the summer to advertise the "Tick Free Rhode Island" campaign across social media and on all participating public radio and television stations in Rhode Island.

"We here at Sociable! are excited to be a part of this important endeavor," said Methia. "We look forward to the success of the 'Tick Free Rhode Island' campaign and the prospect of an ongoing partnership with the Rhode Island Department of Health and the Rhode Island Broadcasters Association in the future."


For more information, visit: www.trendsociably.com or

Popular posts from this blog 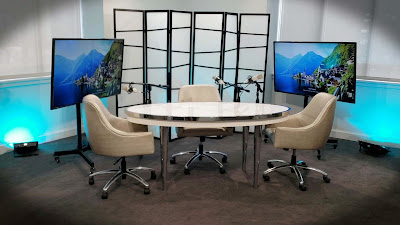 The owners of Sociable are proud to invite you to Sociable Boston in Newton, Massachusetts. Only a short ride outside of Boston, this new facility is ready to provide for your FB Live, podcast, and webcast needs. Create at a Hollywood production level with this multi-camera studio, fully equipped with a customizable set, lighting, and professional sound recording capabilities. This is the second studio location for Sociable. Sociable Providence is their headquarters, located on the historic Federal Hill in Providence, RI. “With clients located across the metro-Boston area, we felt that it was the right next step to expand,” said John Methia, managing partner & executive producer. “Our success with Caught in Providence has been extraordinary, and our Sociable Providence facilities provide support for that venture, as well as our other Rhode Island and Southeastern New England clients. However, in an effort to make it more convenient for our metro-Boston clients, we mirro
Read more

Sociable 'Drifts' into Original Programming with Series about Boat Building 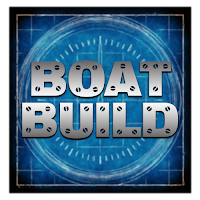 Sociable is proud to announce the launch of its new, short form original series, Boat Build , on its social media channel, The Drift. The Drift is a community driven network comprised of boat builders, enthusiasts, and anyone else interested in learning about the exciting world of sailing. It is active across all the major social networks including Facebook, Instagram, and YouTube. The first season of Boat Build chronicles the building process of a unique 30' Downeast-Designed Picnic Boat in collaboration with Coastal Boat Works in Tiverton, RI. Hosted by John Methia who is a lifelong boater, Boat Build , is an informative and entertaining series that offers viewers a firsthand look into the complexities of constructing a custom designed boat. Stay tuned for new episodes of Boat Build and other Sociable produced content coming soon across all social media. Check out a teaser of the first season of Boat Build below!
Read more

Matt Parziale: From Brockton to Augusta

Brockton Firefighter and Thorny Lea member, Matt Parziale, punched his ticket to the Masters by winning the USGA’s Mid-Amateur championship. While he’s now garnering national attention, Sociable has been honored with running and maintaining Matt’s social media, from the beginning. ESPN.com, NYTimes.com, CNN.com, NYPost.com, BostonGlobe.com, & PGA.com are just a few of the big name media outlets who’ve covered and interviewed Matt. Sociable aims to keep Matt connected with his fans via his Facebook and Twitter. Creating the page, @mattparzialegolf, they’ve been diligently following his journey. On the recently aired 2018 April episode of their show Golf Destination, the longest running golf travel show in the United States - which airs on NESN and Fox Sports Sun, Sociable featured an interview with Matt and many members of the Thorny Lea Golf Course in Brockton, Massachusetts. “He’s probably one of the most humble people I know,” said Bobby Shea, Board of Directors at Thor
Read more